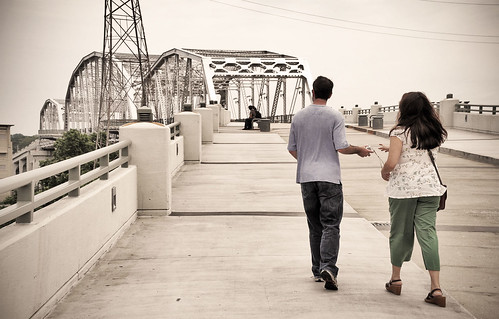 Good morning, Nashville. Been to the Shelby Street pedestrian bridge lately? Apparently it smells like urine, vomit, and alcohol. Where do we sign up? And in case you missed it, WSMV has been kind enough to supply us with some close-up pictures of these alleged “nasty spots,” which we’re guessing are Photoshopped. Wait, what’s that you say? There actually are puddles of beer and human waste on the bridge? Gross! At least Metro police are doing their part to help keep the place clean. In the mean time, we can think of a few other places we’d rather hang out.