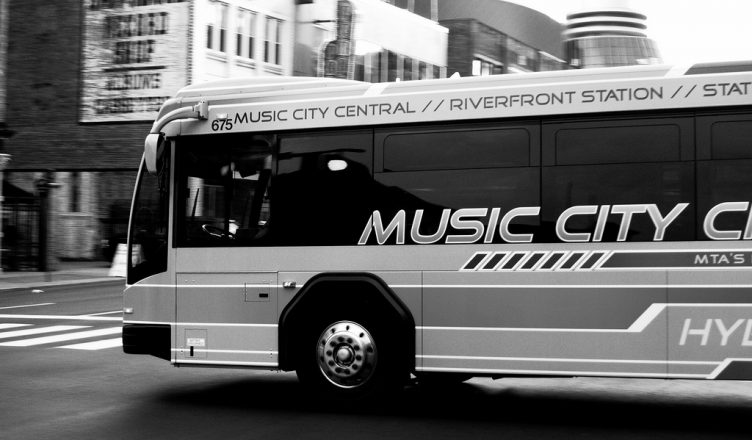 Spend any time downtown and you will see one of the big green buses rolling around. Those are for the Music City Circuit, the city’s free circulators. Mostly, they’re there to help tourists get around, but a good number of folks use them to connect with the Music City Star train, get to and from work, or cross downtown on their lunch breaks. The buses are also environmentally friendly! Nashville and Chattanooga both have these electric buses to move folks around their downtown areas.

Here is a PDF map of the routes.

This route runs from Bicentennial Mall to the Riverfront Station (corner of 1st Ave and Broadway) for the Music City Star. Like the Green Route, you can hop off and on at the Arcade and near Broadway.

This route also begins at Bicentennial Mall and runs by The Arcade, but instead turns towards the Gulch (11th Ave South near Demonbreun) once it goes past Bridgestone Arena. It is the longer of the two routes.

Wasn’t there another route?

There was the Purple route a few years ago that ran to the Howard School complex (home of a good portion of Metro government), but it was discontinued.