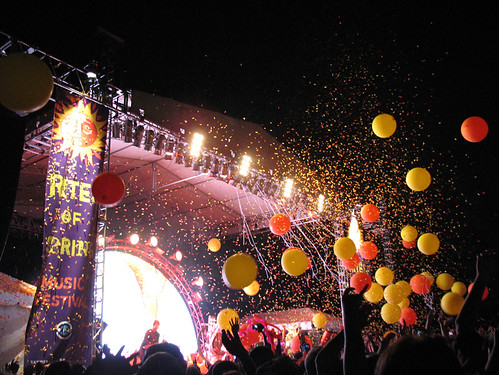 As always, a few days after the big Bonnaroo announcement we get another whopper of a lineup announcement courtesy of the folks at Rites of Spring, Vanderbilt’s spring mini-fest (happening this year April 15-16). The only problem with Vandy’s lineup announcements is that they’re really, really, really bad at keeping them under wraps. Last year, their student site InsideVandy leaked the info early, and with that in mind, we weren’t shocked when a full week before performers were supposed to be announced, the Rites of Spring site started showing this year’s lineup a few days ago.

…Or was it? They quickly changed the performers on the site, claiming it was just a test, but that didn’t stop organizers from hustling out an official announcement a few days ahead of schedule (and at midnight. Seriously guys, bloggers gotta sleep sometime). And what do you know! It looks like that “test site” was not so much of a test. Kid Cudi, The National, Public Enemy and Sara Bareilles will top the Rites of Spring 2011 bill, joined by Edward Sharpe & The Magnetic Zeros and Matt & Kim. Tickets go on sale next Thursday at Ticketmaster or the Sarratt Student Center box office.