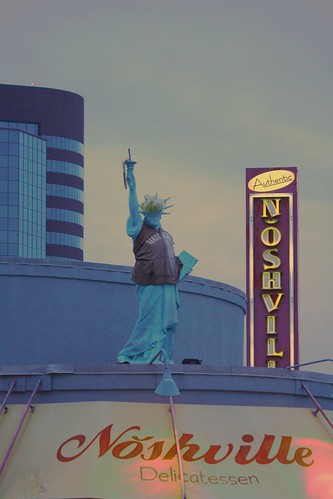 Good morning, Nashville. As predicted, the Music City Center was given the green light by the Metro Council at last night’s meeting. The final vote tally was 29 yeas and 9 nays with Eric Crafton, Michael Craddock, Emily Evans and Mike Jameson among the nays. The next hurdle for the project will be the hotel that’s supposed to be attached to the convention center for which the city hopes to find private financing. There’s also that small matter of the still-pending lawsuit against MDHA over the shady-ish land acquisitions. Altogether, we can expect the construction to take three years to complete and it’ll look like this. The design is supposed to reflect the rolling hills of Tennessee and “could feature an enormous musical instrument that plays on the hour.”  The other exciting part is that we’ll be getting a new roundabout which will maybe mean (if we’re lucky) some more public art akin to the kind that’s in the middle of the other roundabout. We have an exciting journey ahead of us, Nashville.