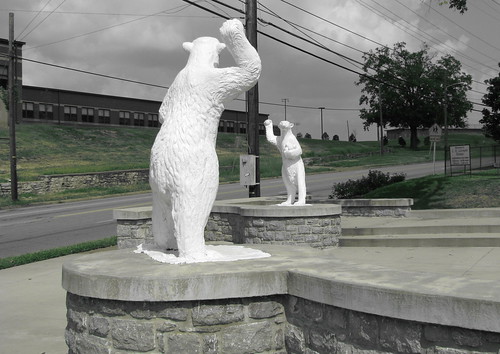 Good morning, Nashville, and happy almost Turkey Day! This morning, we’re giving thanks for our city’s public art, which Councilman Charlie Tygard has declared that he would like to spread around to the rest of Nashville by filing an ordinance with the Metro Council. This sentiment isn’t sitting well with members of the Metro Arts Commission who insist that they’re already trying to do that and the ordinance would actually slow them down. We definitely won’t argue that Nashville’s public art–which includes some polar bears having a snowball fight, a sculpture that everyone mistakes for a roller coaster, the infamous naked people on Music Row, and Donelson Dickerson Pike’s new herd of buffalo–could use some work.