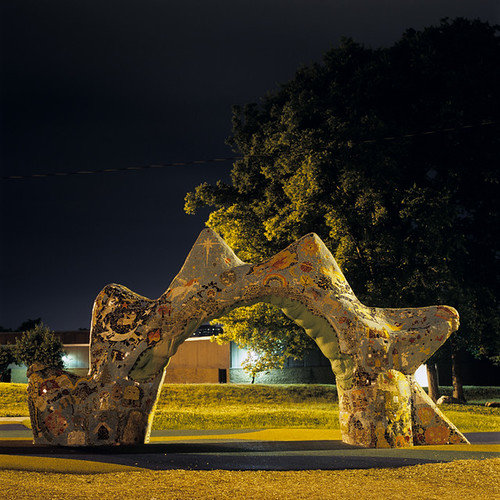 Fannie Mae Dees Park, better known as Dragon Park, was one of our first really fun discoveries in Nashville after we moved here. We love the lighting in this film shot by lets take your car (yes, real actual film!) of one of the mosaicked dragon hump that appears to rise out of the ground.

Photo Of The Day will be a recurring feature for Nashvillest as long you keep giving us stuff to post. Don’t worry–we’ll give you props. Just add them to the pool or tag them with “Nashvillest” if you’re feeling lazy.