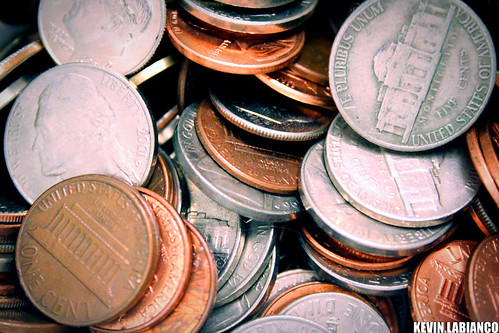 This recession is at the tip of everyone’s tongues, and we’re hearing more and more about budgeting, cutting costs, and snagging deals. And if there’s something we’re good at over here at Nashvillest, it’s snagging deals! We’ve rounded up a bunch of the recent recession bargains so that you can save a buck or two on your everyday expenses. This is by no means an exhaustive list, but rather, a good starting place (we couldn’t possibly round up EVERY deal in town!). Know of more great recession deals? Drop us an email or leave a comment, and we’ll update the list and credit you!

Carmike Cinemas’ Stimulus Tuesday (and new $1.50 theater).
Get a small popcorn and a small drink for a buck each on Tuesdays at all Carmike Cinemas. Also, check out Nashville’s new (and only) cheap theater – Hickory Hollow 8 will be showing movies for $1.50 from now on.

Loews Vanderbilt “eat” Name-Your-Price Thursdays.
Exactly as it sounds, the Loews Vanderbilt “eat” restaurant will be allowing diners on Thursday to pay only what they thought the meal was worth. Folks, don’t be cheapskates on this one. Pay what you think the meal was really worth. This is not your chance for a free meal. But the power is in the hand of the consumer.

Gaylord Opryland Resort $99 Rooms.
A serious discount off the whopping $200-400 a night that it would usually set you back to stay at Opryland, rooms are available for just $99 a night through the end of March. Call 888-999-OPRY and mention the code 99NOW to take advantage of this sweet deal.

Dave & Busters 1/2 Off Games Wednesdays.
No catch. Games are half-off on Wednesdays at Dave & Busters now, and while you still might blow a little too much trying to win some great new plastic trinkets, at least it’s half the money you would have usually blown?

Sperry’s 50% Off Entrees. For the month of March, Sperry’s is offering 50% off all entrees (excluding Lobster tail) at both the Franklin and the Belle Meade locations. It’s actually a celebration of their 35th birthday, but it doesn’t hurt our wallets either. Thanks to Tara for the tip!

Amazon MP3 Daily Deals. We’re cheating a little on the “Nashville” thing here, but gosh, do we ever love Amazon MP3! Daily deals on great albums range from $0.99 to $3.99, and every Friday they offer five great albums for just $5 each. If you’re already familiar with Amazon MP3, did you know that they have over 600 free songs right this minute? We’ve purchased more music since discovering Amazon MP3 than ever before, and we can’t help but spread the love! This is definitely recession-friendly pricing, and we love it. Did we mention that we love Amazon MP3? Follow them on twitter to stay updated on daily deals.