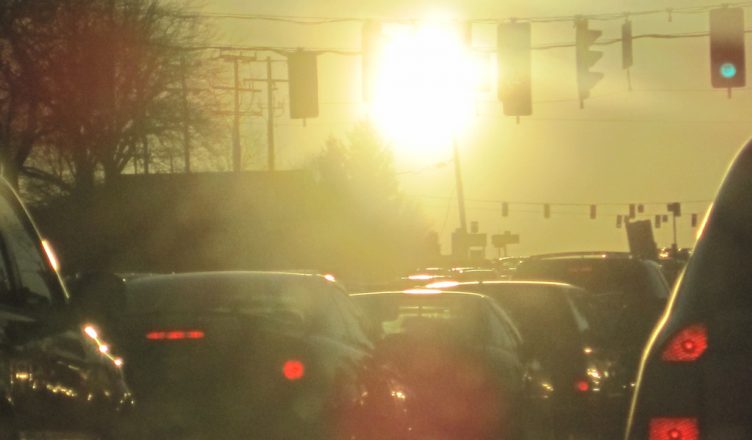 You probably have heard by now about the planned presidential visit Wednesday. There will be an event at 6:30 p.m. at Municipal Auditorium downtown and an event earlier that day at The Hermitage. In short, your afternoon and evening commutes are about to get wrecked.

Why are they closing roads and shutting down the Music City Central?

Security and crowds. The presidential motorcade (which can be between 20 and 50 vehicles) doesn’t stop once it gets going, so the roads along the route and a few alternates are closed to traffic for a period of time before and immediately after the motorcade has passed through. The Atlantic has a great explainer graphic if you are curious about what each vehicle is doing.

For security reasons, they never say for sure on which roads the motorcade will be traveling. A few of the already announced-but-not-very-specific anticipated road closures include:

One of the benefits / drawbacks of the Music City Central, the city’s main bus terminal, is how close it is to Municipal Auditorium. They share a plaza and parking, and with all the security concerns around the event, the city and organizers felt it was necessary to close it all day.

What should bus riders do?

The short answer is to avoid downtown if at all possible and find alternate ways to get around the city. Given that is terrible advice for people who need to get to work, your morning commute up until 9:45 a.m. will be unaffected. After that time, they are moving the normal functions of the Music City Central to the other MCC — Music City Center.

Here is the information shared from the Nashville MTA:

[Bus] service will move to 6th Avenue between Korean Veterans Boulevard and Demonbreun Street. The first buses will depart from this location after 9:45 a.m. and will operate from there for the remainder of the day. Bus bays will be grouped in threes and marked with signs along 6th Avenue. In addition, MTA/RTA staff will be available on-site to assist customers.

Buses that normally depart from the upper level at MCC will pick up and drop off passengers on 6th Avenue northbound facing Demonbreun Street:

Buses that normally depart from the lower level at MCC will pick up and drop off passengers on 6th Avenue southbound facing Korean Veterans Boulevard:

Customers working in and around MCC who need to get to 6th Avenue to catch their bus should proceed to the nearest Music City Circuit bus stop for transportation to the temporary bus station. Circuit service will be subject to change due to rolling road closures, police activity, and potential sidewalk and street crowding concerns. MTA will keep riders updated on affected routes and stops via Twitter, Facebook, our real-time bus information apps, and Customer Care representatives.

What about the train?

The 3:20 p.m. inbound Music City Star has been canceled because of the President’s earlier planned trip to The Hermitage. If you need that train, uh, I guess wait or call Lyft? There is not a backup plan.

Hasn’t this happened before?

President Obama visited Nashville while in office, but none of his events were downtown. New York City and Washington DC are a bit more experienced with this kind of thing than Nashville.