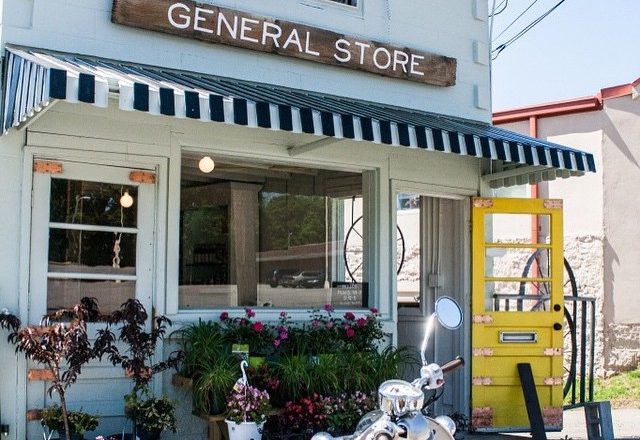 It’s been a rough couple of years for Hillsboro Village, as staples like Bosco’s and Sunset Grill have shuttered while glossy chain shops have crept in via the Hill Center development anchoring the opposite end of the strip. When Bookman/Bookwoman announced their intent to close after 20 years in December, two thoughts came to fore: how many books can I buy before my bank account cries uncle, and what’s going to take Bookman’s place?

Word dropped on Monday that Hey Rooster General Store, the East Nashville small-batch and handmade goods shop, will uproot from their digs on Gallatin Road to take roost in the Bookwoman half of the former bookstore.

“I am looking forward to all aspects of my business scaling up in Hillsboro Village,” Hey Rooster owner Courtney Webb told Nashvillest. “I’ll be able to support more artists locally and regionally as well as providing a few jobs. We will have even more great art, food, and functional goods to share.

Hey Rooster General Store has operated for four years in East Nashville, selling everything from hot chicken paste to limited edition cookbooks a narrow building on Gallatin Road. The expansion will allow Webb to further diversify her wares — perhaps even including a book section, in honor of the departed Bookman/Bookwoman — and provide a better experience for her community.

“Because I won’t be wearing every business owner hat on my own, we’ll be able to do everything better including in store experience, customer service, event planning, and maintaining our online shop,” Webb said.

Hey Rooster’s time in East Nashville was cut short earlier this year, as development on a mixed-use development project anchored by Sprouts Farmers Market displaced her landlord, who then sought to reclaim his space at 1106 Gallatin Road. But, as Webb cheerfully noted in her January announcement, “when one yellow door closes, another one opens.”

The shop’s final day in East Nashville will be February 25, with the shop reopening in early March.