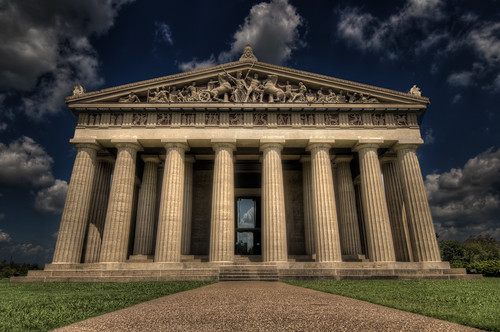 Good morning, Nashville. Like many of you, we were a little concerned when we saw a flurry of tweets last night about some sort of violence going down at Centennial Park. Though we’re still not entirely sure what happened, we do know that a teenager was shot in the knee while police were trying to disperse a crowd during Movies In The Park. Word seemed to spread on Twitter that something was about to happen before it actually did, and Metro Police responded by showing up en masse trying to break up the crowd. One person was arrested with a loaded gun, though they don’t believe he was the one who fired shots and are still investigating the incident. Here’s hoping the rest of the Movies In The Park series is a little less eventful.