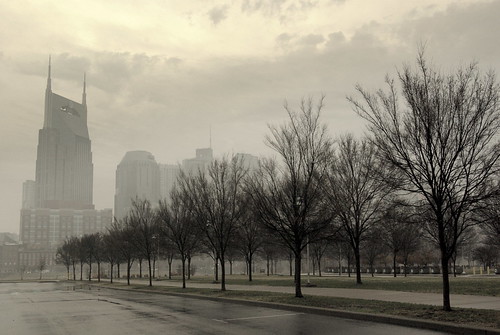 Good morning, Nashville. Last night’s storm system dumped about 1-3 inches of rain on us here in Middle Tennessee, bringing some strong winds and tornado scares along with it. The Nashville Electric Service reported that there were an estimated 24,500 people without power last night, but had restored all but about 1,140 as of this morning. A couple of stoplights were still out during the morning commute and debris reportedly littered the roads, though we suspect that most of it is clear by now.  If you see any major blockages, though, call 862-8750 to report it to Metro. The folks in Antioch seemed to get battered the worst with several churches and homes damaged, but fortunately no one was hurt! So we’ll see you next week, thunderstorms.