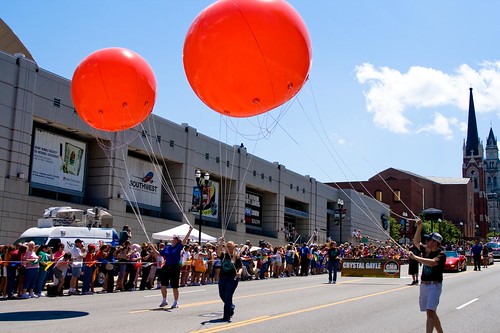 Downtown Nashville is open for business, and getting ready for the thousands of visitors that are about to descend on the city this week. But a few things won’t be open for our beloved CMApocalypse – Namely, roads. We’ve got the road closures list here for you, so you can get a head start working on a plan of action if you work, live, or have to go anywhere near downtown in the next week.

Closed from 11am-2pm only on Wednesday, June 9 for opening day parade:

Closed from Wednesday, June 9 to early the morning of Monday, June 14:

Second and Third Avenues will remain open, but you won’t be able to turn on Broadway, and if you plan on getting anywhere fast, we recommend finding a route with a few less pedestrians.

Nashville MTA, as might be expected, has a 5-page PDF of detours that can be found here.

If you’re up for a real adventure (and really need to get downtown… and really don’t want to deal with parking), the free Music City Circuit bus is your answer. Just watch out for detours, and be sure to bring your bingo card along (it’s coming, it’s coming)!