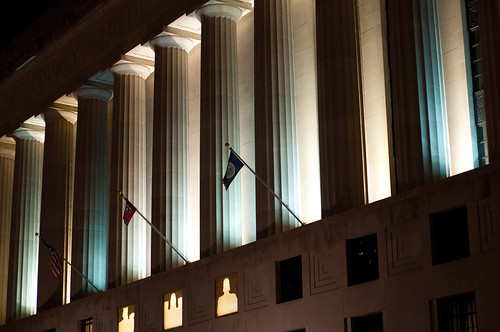 Good morning, Nashville. If you’ve been downtown in the last 24 hours, you might’ve already seen the brand new Bridgestone Arena signs that were unveiled last night. We discussed potential nicknames on Twitter last week and heard everything from The BAr to The BrA to The Rubber Palace to, simply, The Bridge. And we think we like that one. We also really like this new Preds defenseman Denis Grebeshkov who waltzed out onto the ice last night for his first game with the team and carried them to a 4-3 victory (well, him and the generous Oiler who accidentally kicked in our winning goal.) Things are off to a good start at The Bridge!