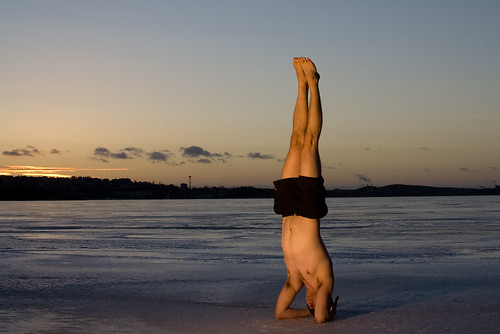 Good morning, Nashville. There are few things that make us giggle more on a Friday morning than the thought of our beloved Titans doing a little yoga to ease their pre-season tension. Yesterday we mentioned that a few fist fights broke out between the Titans and the St. Louis Rams during their joint practice this week, but things seem to have, uh, calmed down a bit since the guys traded in their helmets for yoga mats. And on a related note, we want to give you fair warning about the sold-out preseason opener against the Rams that promises some horrendous traffic downtown. Either way, we’re ready for some football.