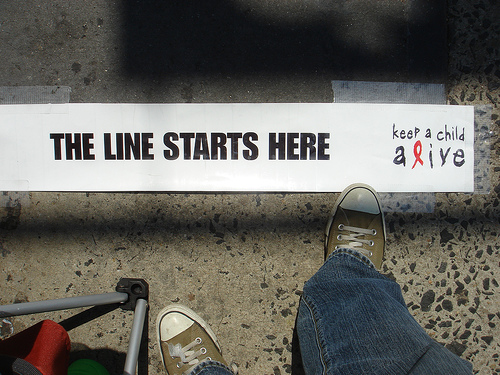 Good morning, Nashville. We’re happy to report that we haven’t witnessed any more fiery explosions around our Green Hills bunker, so our power is back on and we’re back in business! We’re also hoping that the lights are on over at the Apple Store in the Green Hills Mall for everyone crazy enough to stand in line for an iPhone. And speaking of camping out, Titans fans started pitching their tents outside of LP field yesterday to wait around for the box office’s Saturday morning opening. Props to all of you and your camp-out stamina–Not that iPhones and Titans tickets aren’t tempting, but we’re just way too lazy.