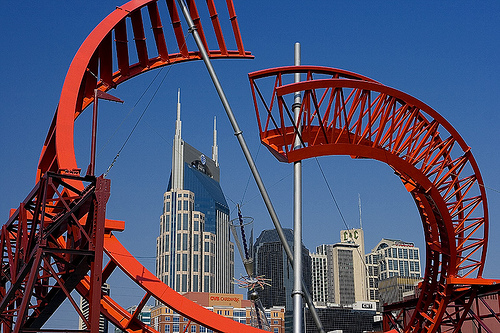 Good morning, Nashville. We all sort of scratched our heads when Metro decided to install this weird-looking piece of public art down by the riverfront last year. As it were, the Ghost Ballet for the East Bank Machineworks sculpture was one of the 45 pieces of public art recognized as outstanding by the group Americans for the Arts. We’re guessing it still won’t stop the tourists from pausing and asking us, “Why is there a roller coaster by the river?” Sigh.