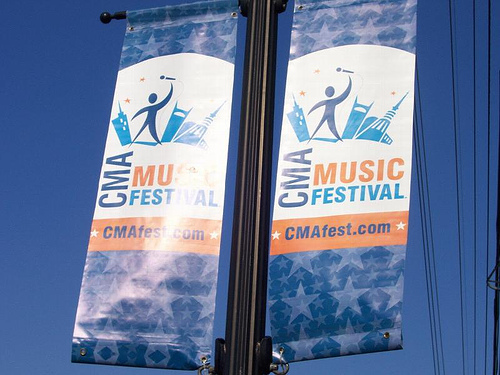 Well, it’s that time of year again: The time when 200,000 country music fans will be making the annual trek to Nashville for the CMA Music Festival and Fan Fair. Luckily Nashvillest has your back, and we want to give you a heads-up on how you can avoid getting yourself stuck in the worst traffic jam of your life. Although the festival doesn’t start until Thursday, the city will start closing down streets as early as tomorrow morning. We’re just not sure which streets and when. CMA sent out a press release that we can’t make much sense out of, but we’ll go ahead and repost it anyway in hopes that you’ll have better luck deciphering it than we did. We tried getting a hold of CMA for clarification, but we’re guessing they’re swamped.

On Tuesday, one lane of Fifth Avenue from Demonbreun to Broadway will be closed.

Broadway from First and Third Avenues will also be closed Wednesday. Second Avenue will remain open but vehicles will be prohibited from turning at the Broadway and Second Avenue intersection.

Beginning in the afternoon Wednesday, June 4, there will also be temporary road closures for the CMA festivals kick-off parade and block party. At 2:00 p.m., Broadway and Demonbreun will close from Third to Seventh avenues and Third and Fourth avenues will close from Broadway to Demonbreun. These roads will re-opened at the end of the parade around 3 p.m.

Which roads will be closed Thursday through Sunday? Your guess is as good as ours. But now you’ll at least know how not to get yourself stuck in the parade traffic on Wednesday.

UPDATE: If you’re looking for the CMA Festival street closures for 2009, click here.