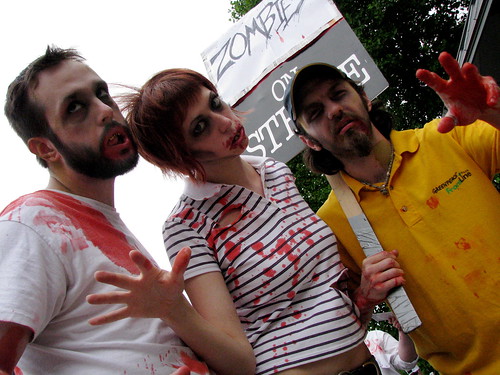 Good morning, Nashville. As we reported last week, the undead took to the streets of Nashville on Saturday, scaring tourists and dripping fake blood from Riverfront Park to the Parthenon. We’re not sure what the final count was, but we’re pretty sure it was well over 100, with a few more wandering around looking lost. More photos over here. Share your own snapshots in the Nashvillest Flickr pool, and who knows: We might just toss a few up here for everyone to see.