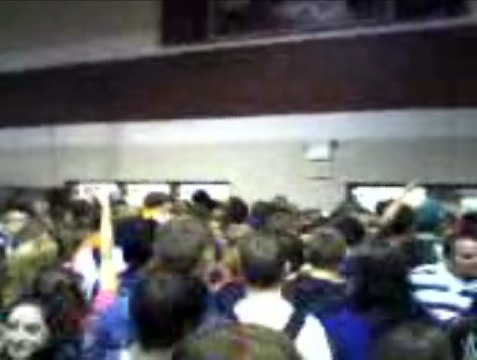 Good morning, Nashville. The homeless weren’t the only ones busy protesting this week. Yesterday, the kids at Franklin High School staged a riot of their own in the school’s gymnasium after a group of masked vandals brought a deluge of spray-painted terror down upon the hallways. The young hooligans were caught on tape by the school’s security cameras and students were rounded up into the gym Mean Girls-style to talk about the problem. Thanks to those kids and their newfangled technologies, they staged a coup by text messaging each other and stormed the doors at 9:30 AM. Blurry cell phone videos were up on Youtube within hours. Our favorite is this one for the commentary and musical score. Points for creativity.