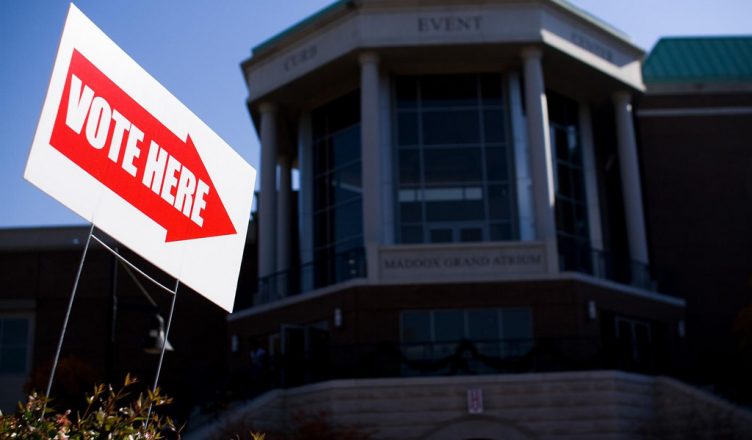 Nashville residents will be voting in the November elections for Governor, U.S. Senate, U.S. House, State House and State Senate representatives. Residents of the Forrest Hills, Belle Meade and Goodlettsville communities will also vote for city commissioners. On top of all that, there will be six proposed amendments to the Metro Charter where voters will either select “For ratification” or “Against ratification.”

You can read the full text on the sample ballot, but we have summarized most of it here and offered some context for what each amendment means.

What is the Metro Charter?

In 1963, Nashville consolidated its city and county government under one umbrella for tax collection and city services. There are still a few cities (such as the ones above) that retain a bit of autonomy, but they are all under one metropolitan government. The Metro Charter sets out how the mayor, vice mayor and metro councilmembers are elected, as well as some other basic functions of the city.

So what are we voting on?

There are two ways the Metro Charter can be changed. The first is through an action by the Metro Council approved through three readings. The second is by a petition that garners signatures from enough registered voters to match 10 percent of the total number of voters that participated in the prior general election. Incidentally, this requirement is a point of contention for the first amendment on the ballot.

This amendment would establish The Metropolitan Government of Nashville and Davidson County Community Oversight Board (“Board”) consisting of 11 members, to be operational no later than January 31, 2019. The Board would have the independent power to investigate allegations of misconduct against Metropolitan Nashville Police Department (“MNPD”) officers. The Board would have the power to issue reports assessing allegations of misconduct by MNPD officers and make policy recommendations to public safety and justice administration agencies. The Board can recommend that discipline be given within the parameters of civil service rules when it finds a basis to believe that an officer has committed misconduct. The Board has the option of forwarding findings of criminal misconduct and civil rights violations to the District Attorney, the Grand Jury, or the United States Attorney. The Board must submit to the mayor an annual budget request of no less than $1,500,000.00, and the Metropolitan Council must determine if this amount is sufficient for the operation of the Board and staff. No later than March 29, 2019, and through a special appropriation, the Board must be fully operational and staffed by sufficient personnel in order to carry out its duties.

Creates a Community Oversight Board that would have the power to investigate cases of police misconduct, recommend disciplinary action, as well as forward any findings to the District Attorney or Grand Jury for prosecution.

Supporters say such a board is necessary in light of recent cases of an officer involved shooting. The most recent incident has led to homicide charges being file against officer Andrew Delke who fatally shot Daniel Hambrick in July following a traffic stop. Community Oversight Now led the effort to have the board created.

Opponents say that these boards are costly and ineffective at their stated goals, and that the internal affairs department already cover the actions necessary to hold officers accountable for their interactions with the public. The Fraternal Order of Police, a union representing the city’s police force, opposes the measure and has filed a lawsuit that says the group did not use the appropriate general election for calculating the number of signatures required to appear on the ballot. Nashville Mayor David Briley’s office has also said he opposes the specific language of the amendment.

This amendment would revise the line of succession for the office of mayor by calling for a council election of a temporary mayor in the absence of the vice mayor and further prohibit that temporary mayor from seeking election in the next election for mayor or vice mayor.

In the rare case that the mayor resigns (ok, that part is not as rare as we hoped) and the vice mayor is unable or unwilling to become the mayor, the Metro Council would appoint a temporary mayor. That mayor essentially does the responsibilities of the mayor, but cannot run to fill the office next go-round.

If you like having a backup plan to your backup plan, this is a good measure to support. The temporary mayor not being able to run again is a trade-off for them not being voted into the line of succession in the first place.

Prior to Mayor David Briley’s election in August, if he had resigned or otherwise left office, the acting vice mayor would have _likely_ been elevated to mayor without having been elected for either position. That of course would have been subject to a court challenge, which is what this measure is trying to avoid. This isn’t a reason to vote against it, unless you like chaos.

Remember all the voting we did in 2018? This measure attempts to curtail quite a bit of that by clarifying specific time frames for when a special election can be called rather than relying on the definition of a “general election.”

You should support this measure if you want a bit more certainty in when your council member’s replacement would be elected if they were to resign regardless of what other elections are on the calendar. Special elections would be held as soon as feasible after a vacancy. State law stipulates qualifying deadlines, etc.

The Tennessee Supreme Court decided that the charter’s current language, as amended in 2007, required the city to hold they mayoral special election for Megan Barry’s unexpired term in May instead of August of this year. The city was trying to avoid a separate election by stretching the date to August when there were already other races on the ballot. Leaving the current language in place would potentially allow the election commission to continue to tack special elections onto already planned elections.

This amendment would require the oaths of office for Mayor, Vice Mayor, and Members of Council to include an oath to uphold the Charter of the Metropolitan Government of Nashville.

Adds a few words to the oath of office.

You want your elected officials to pinky-promise to uphold city laws as well as those other ones.

You aren’t that big a fan of the Metro Charter?

Changes the maximum number of times consecutively a councilmember can serve a particular district. Note that it is unlike national and state offices, where term limits prevent the limited person from seeking the same office ever again.

If you like your councilmember and wish they could stay on the job for a maximum of 12 years instead of eight, you should vote for this. Historically, council members that complete their two consecutive terms can then run for an at-large spot, which would require finishing in the top five of a county-wide race. After completing a term there, they could run again for their district seat.

If you like keeping your councilmember capped at eight years on the job (unless they run for and win an at-large race), you would prefer the current rules to remain in place. Term limits mean that other residents in a district will get the chance to serve on metro council, which might be a good thing.

A big find/replace through the Metro Charter where folks are referred to as dudes.

You like your charter language to not specify the gender of the person it applies to.