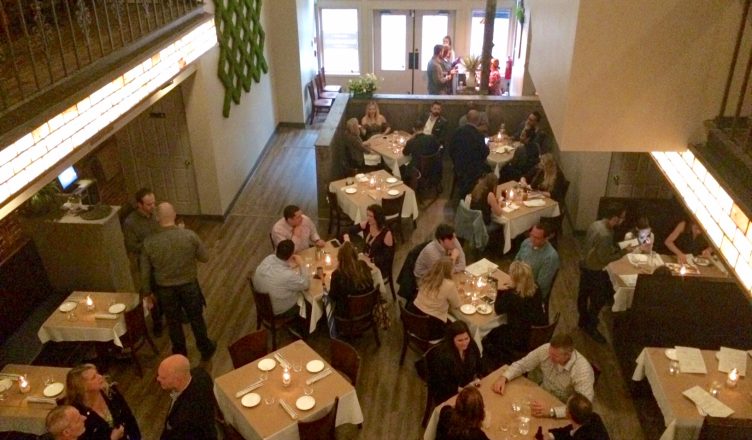 The Mainstay is the latest attempt at a restaurant in the bottom floor of the Fifth and Main building on the edge of East Nashville. Despite a built-in clientele and free garage parking, several concepts have tried and failed (one with a heartbreaking end), but perhaps this “chef-driven sports bar” can succeed.

Answer opened in Sylvan Park in early April. I’m not sure what the question was, but the restaurant is described as “comfortable” with “globally-inspired, hyper-seasonal cuisine.”

Sea Salt is the newest restaurant in the revitalized Printer’s Alley area. You can’t access it from the alley, but it’s just around the corner from Skull’s Rainbow Room. Accented with bricks of pink sea salt, the interior is light and vivacious and the menu is upscale but not expensive. It’s the kind of place you’re likely to find Tennessee legislators dining with their spouses, but not lobbyists.

Gray & Dudley opened in the 21C hotel in downtown. The food is described as “inspired comfort food,” though photos of the interior feature art that depicts various animals in various states of bondage, making me question if the food is comforting enough…

Ella Jean’s Cafe on Meharry Blvd. has re-opened and is back to serving some of North Nashville’s finest soul food after a brief hiatus.

Charlie Bob’s Restaurant in East Nashville sold its last burger in April. The owner opted to retire and sell the property, according to WSMV.

May 11: Generous Helpings is another event where you get to gorge on food and libations in the name of a good cause, the Second Harvest Food Bank of Middle Tennessee.