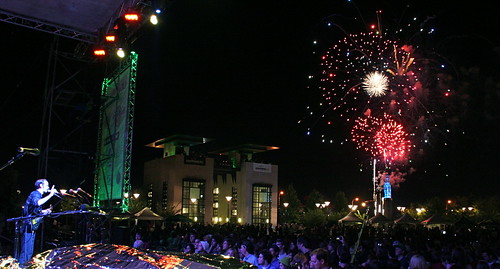 Summer may be inching its way out, but the season of free outdoor music in town will continue as the leaves change thanks to Live on the Green and Musicians Corner, two separate-but-equally-awesome events aimed at bringing free live music back to the streets of Nashville.

It feels like Musician’s Corner just wrapped up their summer residency in Centennial Park, but this past Saturday marked their return for the fall season. More than 50 artists, mostly local, fill the lineup for the ten-week series, and special guests can always be expected. Musicians Corner will run Saturdays 3-6pm from September 3 – November 5. The focus is on the music, but the food trucks, kids activities and more make it a community event that shouldn’t be missed.

Live On The Green returns for the 2011 season tonight with a stellar lineup – Will Hoge, Chris Bailey and the Nashville Symphony with K.S. Rhoads. Thanks to the sudden cold front we’re experiencing, things will get going a little earlier than usual tonight with the headliners taking the stage at 7pm. Gotta protect the Symphony’s sweet strings from dropping temps!

The lineups for the fall seasons of Live on the Green and Musicians Corner are below.

Photo by Daina Goodwin for Live On The Green.