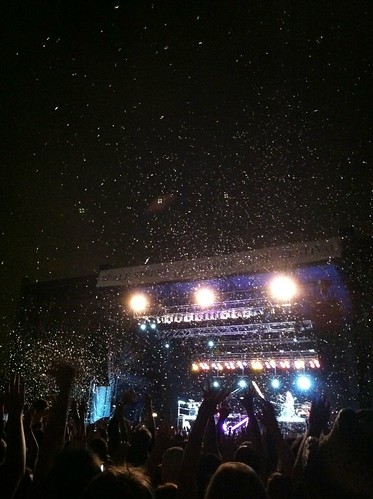 TGIF, Nashville. One of these days we will write The Weekendist before it’s actually the weekend. Sorry about your Friday night (it’s ok, we’re sitting at home watching Netflix too), but here are our picks for the rest of the weekend:

CHOMP! Saturday, July 30 at the Adventure Science Center, 11am-4pm, regular admission price. Who doesn’t want to go to an event called CHOMP!? The Adventure Science Center is hosting a day dedicated to food, and we’re totally on board with that. Chomp Olympics? Sign us up! Edible zucchini art? Yes please. Special guests from Blue Bell Creameries, Bongo Java and Olive & Sinclair? We’re there. Crunchy bugs? Uh, we’ll have to get back to you on that.

Music City Brewer’s Festival. Saturday, July 30 at Walk of Fame Park, 12-10pm, $35. Hope you’re ready for some day drinking, because the evening session for this year’s Music City Brewer’s Festival is as sold out as sold out can get. Tickets to the earlier session (12-4pm) are still available but will definitely sell out, so grab your tickets tonight! Sample beer from more than 50 breweries while listening to live music and sweating, then call a cab home. Yum.

Ke$ha with LMFAO and Spank Rock. Sunday, July 31 at Municipal Auditorium, 7:30pm, $27.50-47.50. There’s glitter, and then there’s glitter. So yeah. There is going to be a lot of the latter downtown on Sunday night, and we highly recommend that you come roll around in it with us.

Official Star Trek Convention. Friday – Sunday, July 29-31 at the Gaylord Opryland Hotel. Allow us to whisper two magic words in your ear: People watching. We found ourselves a new hobby during the Twilight convention in March, and while it’s possible that nothing can top sparkly vampires, the promise of an appearance by Captain Kirk himself is enough to lure us out to the Opryland hotel this Sunday. We’ll sit back with our Spocky Road gelato and watch people line up to pay $80 for an autograph and photo with The Shat! It’ll be grand!

Photo of glitter at a real live Ke$ha concert by morganlevy.