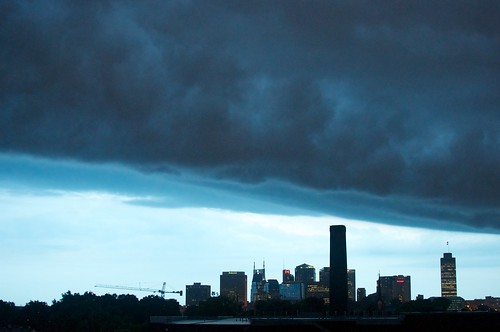 Good morning, Nashville. Brrr! We’re standing strong and repeating the mantra “we will not turn on the heat in May,” but we’re probably fighting a losing battle as temperatures won’t return to the 70′s until Thursday. The good news is that this chilly weather has been confusing the cicadas, silencing their noisy song at least temporarily.