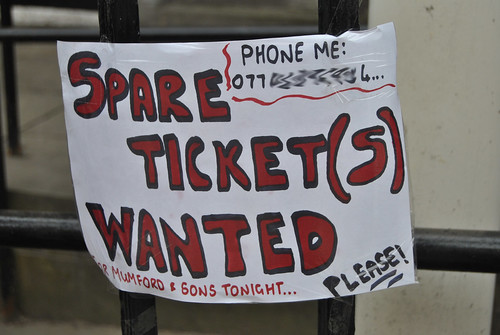 Wanted to go to the Mumford & Sons show at War Memorial Auditorium on November 1, but didn’t manage to snag tickets before they sold out? This news will be music to your ears – We’ve just learned that Grimey’s is saving the day yet again, hosting the boys from across the pond for a free in-store performance on Monday, November 1 at 6pm.

This probably goes without saying, but we’ll say it anyway: Get there early! Unless you’re a brand-new Nashvillian, you know that Grimey’s is tiny, and an in-store like this will fill up quickly. We’re big Mumford & Sons fans here at Nashvillest, so we’ll be staking out spots in line along with the best of you.

UPDATE #1: Grimey’s has released some additional information about next week’s in-store. The gist of it is this: Performance time has been updated to 6pm, and it’s only mostly free – You have to head to Grimey’s this week and buy a copy of Sigh No More, the band’s debut record on CD or vinyl. But you’ll get a limited edition poster for free with your purchase, and if you already own the record you can give it away for Christmas. Win-win!

UPDATE #2: As of 4pm Monday, Grimey’s is at capacity for the in-store. If you didn’t get a chance to secure your spot today, it looks like you’re going to have to start bribing your friends who did.

Photo by The Queen’s Hall.