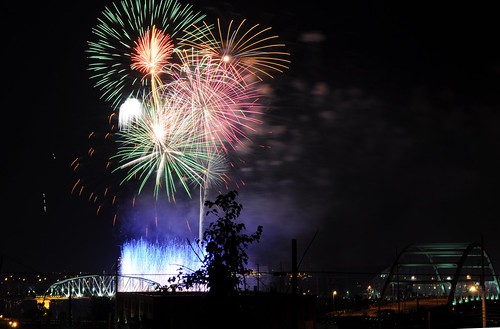 Good morning, Nashville. We hope that all of you had a safe and long weekend and that none of you partook in activities like these. Speaking of things like that, Nashville area hospitals treated more than 50 folks for fireworks-related injuries over the weekend, many of which resulted from “people playing games, firing them at each other, firing them at the neighbors, bottle rocket wars” and people who played with them while drunk. And with a few decades of southern living under our belts, our calculations suggest that we’ve got at least two more weeks of listening to our neighbors blow things up at all hours of the day and night, so keep those earplugs handy.