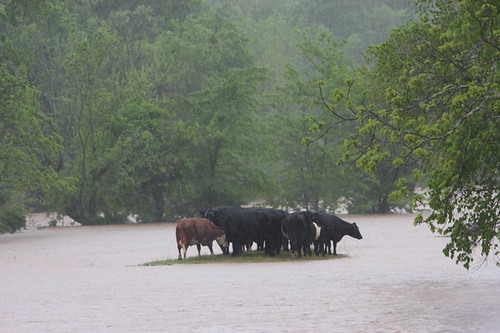 What a day, right? We’re looking at some of the worst flooding in decades, the interstates are closed, people’s houses are flooding, some cows are stranded, and it’s probably going to get worse before it gets better. We’ve done our best to keep you guys ahead of the storm via Twitter, but here are some things you may need to know:

Since you guys are our best source of information, we want to leave this up as an open thread for you to share tips/news/snark/closures/whatever as things unfold. Let us have it in the comments. Meanwhile, we’ll try to keep tabs on the coverage around the web and most as much here and on Twitter as we can. Be safe, Nashville!