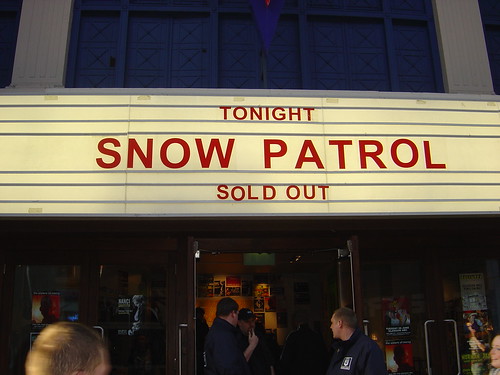 Too poor to snag tickets to the Coldplay show on Saturday at the Sommet Center? Yeah, us too. But us poor folk were pretty excited to hear that Snow Patrol will be playing an instore at Grimey’s on Saturday before they open for Coldplay that night. It’s like, half the show for none of the price, or something! Just one more reason why we love Grimey’s.

Snow Patrol will be playing at 2pm on Saturday, and we strongly suggest that you arrive early (it took us 45 minutes to park on Record Store Day).