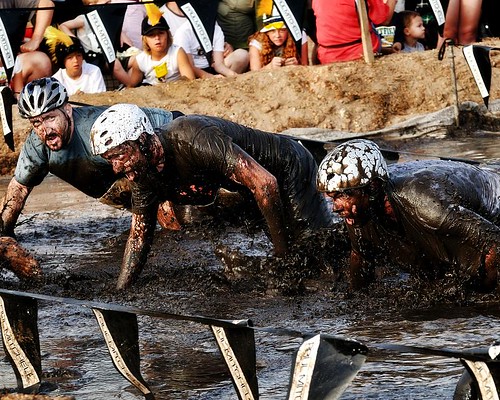 Nashville is certainly living up to its newfound reputation as a semi-fit city this weekend. Between Saturday’s Bike For Branches and Sunday’s Muddy Buddy Ride & Run, even the most enthusiastic fitness buffs should be pretty worn out. It’s not too late to register for either one, so if your weekend is clear and you’re feeling up to the challenge, sign up for one or both!

BIKE FOR BRANCHES
Bike For Branches is a leisurely seven-mile ride past some of Nashville’s oldest and largest trees. The route is very appropriate, because the money raised by Bike For Branches will go toward planting more trees in the area. They’ll even send you the GPS location of the tree they plant in your name! If a bike ride sounds a little too ambitious on your Saturday afternoon, you can still support the cause by attending the Bike For Branches outdoor music festival immediately following the ride. Featuring local artists The Elmwood Band, Michael Ford Jr & The Apache Relay, Bobby Hamrick Band, The Delta Saints, Michael Ford Jr & The Apache Relay, The Gabe Dixon Band, The Bluff, Sharon Lang and Denitia Odigie, the 12 South district will be seeing quite the lively evening.

MUDDY BUDDY RIDE & RUN
The leisurely pace of Saturday’s Bike For Branches is a very good thing for those participating in both events this weekend, because the Muddy Buddy Ride & Run is anything but leisurely. Teams of two will compete in this half riding, half running the nearly seven-mile race, completing obstacles along the way and finishing it off in a big pit of mud. Wondering where there’s a big mud pit in Nashville? There isn’t one. The competition will actually take place in Ashland City, in the Cheatham Wildlife Management Area.

Muddy Buddy Ride & Run packet pickup will begin at 6am (or pick them up on Saturday at REI in Brentwood), with the race beginning at 8am sharp. After the race, all participants 21+ are entitled to two complimentary beers, which sounds like the perfect way to cap off a muddy morning. Register here in teams of two ($150 per team).