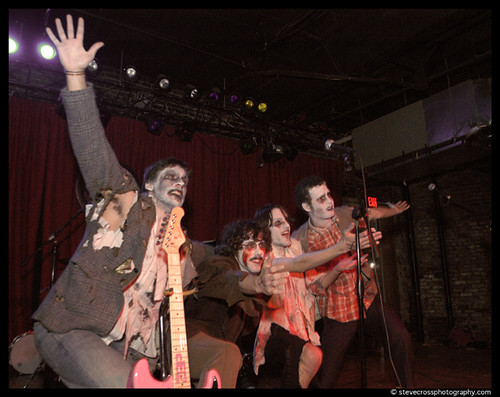 We think that our buddies over at the Tennessean would get along well with Zombie Craigslist Dude, with their recent declarations “ZOMBIES WILL CLOSE SMYRNA STREET” and “CALLING ALL ZOMBIES.” And by “get along well with Zombie Craigslist Dude,” we mean that they’re probably the reason that he’s planning a war on terrorist zombies. Alarming headlines aside, there is actually an open casting call for an independent monster movie that apparently needs a bunch of zombie extras. We have to wonder, does the director know what he’s getting himself into?

The Tennessean has this to say:

Aspiring actors and/or armies of the undead are invited to report to Smyrna later this month, where the director of a new monster movie is holding an open casting call for zombie extras.

Would-be zombies will attend a Zombie Class at 119 Front St. in Smyrna from 7-8 a.m. on April 26. There, the extras will learn the ways of the undead: shambling around, groaning, fighting, devouring the brains of the living, and so forth.

Then it’s on to makeup and then off to downtown Smyrna, where the movie will be shooting at the corner of 2nd Street and Jefferson Avenue until 2:30 p.m.

The movie in question is Dead Start, directed by George Demick.