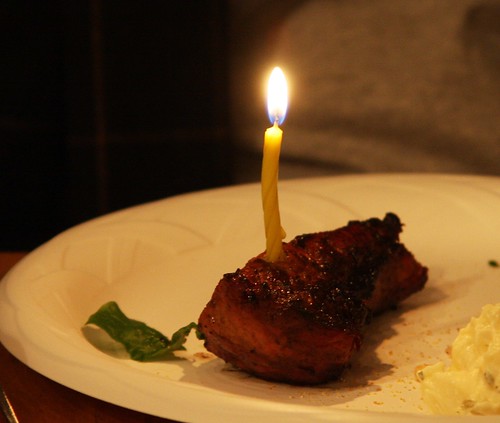 Good morning, Nashville. We were trying to ignore the whole Al Gore Earth Hour saga, but in honor of his birthday today, we’ll give you the rundown. In case you’ve missed it, Drew Johnson, head of libertarian thinktank Tennessee Center for Policy Research, went lurking around Al’s mansion in Bellevue Belle Meade during Earth Hour to make sure the lights were off. While the lights inside seemed to be off minus a few TVs and computer monitors, they apparently left some giant flood lights on in the front yard. Drew did what any self-respecting savvy youth would do and snapped some photos, which he then published on Facebook with a long note. Word got around, Al’s spokeswoman said that Drew was lying, somehow this all ended up on national news, and now Drew is challenging the former Vice President of the United States to a Facebook fight. We couldn’t make this stuff up.