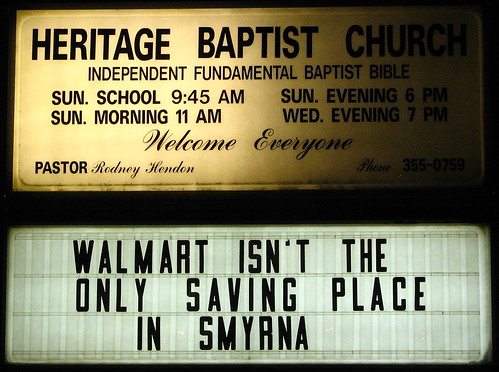 Good morning, Nashville. When we hear about drive-by shootings, Walmart isn’t the first location that comes to mind. But late last night, one car opened fire on another in the Nolensville Walmart parking lot (you know, the one that just got valet parking) and landed one man in the hospital with a bullet to the face. Luckily it just grazed him, but no one’s real sure about why it happened in the first place.

Photo by brent and marilynn.