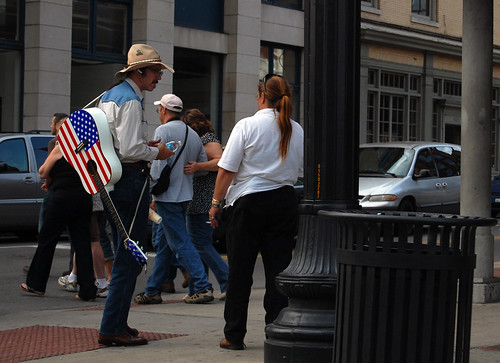 Good morning, Nashville. With just four days (and 10 hours and 52 minutes…) until the Belmont Debate-Oh-Eight, there’s no telling what the local political junkies have up their sleeves. Well, we can tell you one thing: Obama supporters are plotting a 4pm march from Hillsboro Village to Belmont’s campus on Tuesday evening, which should be a real sight to be seen. Belmont, always a step ahead, has actually fenced off their entire campus for just such an occasion. Over 200 people are expected to attend the march, so as always, keep your cameras and camera phones armed and ready. We’re depending on you guys to be Top Secret Nashvillest Operatives over the next few days and send us some good stuff.