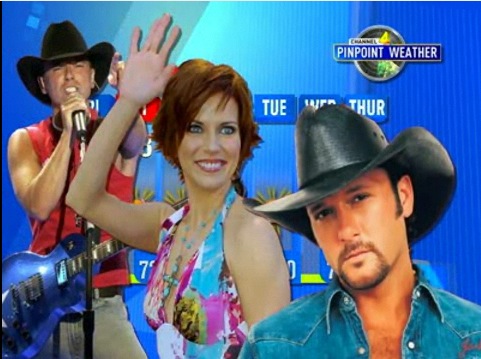 Good morning, Nashville. It’s going to be another hot one outside today. This edition of “Bright & Early” goes out to Channel 4 meteorologist Tim Ross, who made our morning by, well, just being Tim. After modeling one of the best ties in his collection thus far, he tells us just how “Wooooo!” glad he is to be on our computers with us this morning. Then he delivers the grim news of 94 degrees and muggy before sending some of our favorite country stars floating cheerfully across the screen to lift our spirits and remind us of what the real forecast is for the downtown area this weekend. Folgers aside, we’ve decided that Tim is definitely the best part of waking up.