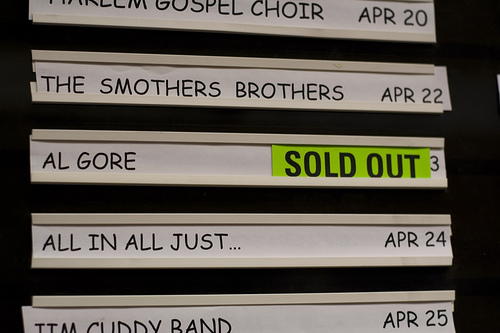 We realize we’re a little behind on this one, but this is a story we couldn’t pass up and it was news to us. An Italian composer is in the process of turning Al Gore’s Inconvenient Truth documentary into an opera. He’s actually been working on it for a year already, but won’t be presenting it until 2011. The film and book will be transformed into a story that’s told from different characters’ perspectives and get this: Al Gore’s character is totally going to be in it. We can’t imagine what that’s going to look or sound like, but man are we ever curious.