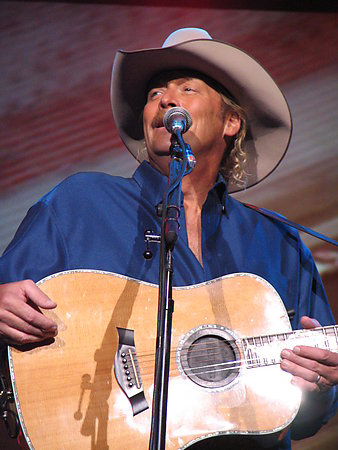 Country music star Alan Jackson, who’s racked up more nominations than any other artist in the Country Music Association, is releasing a video at the end of the month in which he attempts to embarrass us by breaking the world record for the longest line dance (in people, not length of time) in the history of… ever. The video for the single “Good Time” was filmed earlier this month in Dickson, and people came from as far as Oklahoma to dance in it. We’re really disappointed we didn’t hear about the casting call for this monumental feat, which Jackson told Channel 5 was “the most challenging job I think I’ve ever done in my career.” Forget the record-breaking CMA nominations or the ten #1 country albums or even headlining Fruit of the Loom Country Comfort Tour in 1995. We hope it was worth it, but the jury’s still out until we see the video.