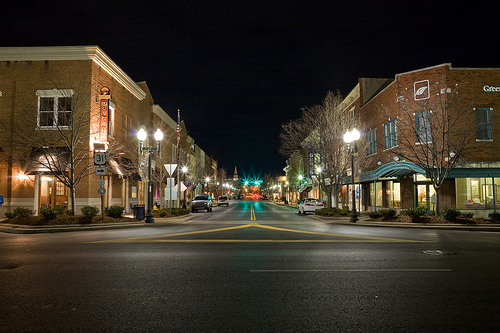 One of our favorite things about Nashville is the ridiculous amount of festivals to go to over the summer. Starting sometime around Earth Day in the spring and running through the fall, we don’t have to look far to find several per weekend. We’ve already covered some, like the Hands Together In Flatrock Music & Arts Festival and the Legends Of The Blues Festival. It can be hard to keep up, but that’s what Nashvillest is here for. We’re only covering through June right now, but in another month or so we’ll be sure to let you know what’s happening in July & August.

May 30-31 – Franklin Food & Spirits Festival: Friday and Saturday at the Historic Carnton Plantation. Friday is “Insider Access” (you have to buy the $150 pass to be an insider, apparently). This includes The Potlikker Film Festival, a Grand Dinner at the Carnton Mansion, and Whole Hog Cooking Classes. Saturday kicks off the real festival with Celebration At The Square from 12pm-7pm. The Saturday portion does cost $25, but you get to spend that $25 in “BBQ Bucks” on the local food and drink that will be available, and your festival pass covers admittance to any of the events and screenings.

June 1 – Pride Festival 2008: 12pm-5pm in Centennial Park. Boasts live music and… that’s it. Details are scarce, but as the grand finale to Pride Week, we’re sure it’s going to be great.

June 12-15 – Bonnaroo: Not really Nashville, but we like to claim it as our own. Think modern-day Woodstock with artists ranging from Pearl Jam to Sigur RÃ³s.

June 13-15 – American Artisan Festival: Centennial Park will be full of carefully selected artisans from around the country displaying their crafts.

June 20-22 – Nashville Songwriter’s Festival: Writers from all over come to write and perform on Music Row, and it’s open to the “Musically Minded Public.” We leave that to your own interpretation

June 21 – RC Cola & Moon Pie Festival: We’re not even going to try to tell you about this one, other that it’s in Bell Buckle, TN. And they will be cutting the World’s Largest Moon Pie.

June 29 – Taste Of Music City: 5pm-9pm on the Korean War Veterans Memorial Bridge. Admission is $45 in advance or $55 day of – but everything is included in the price of admission. From the looks of the participating restaurants page, pretty much every place in town will be there, chains and local businesses alike.

We’ll be bringing you more details about some of these events as they get closer.