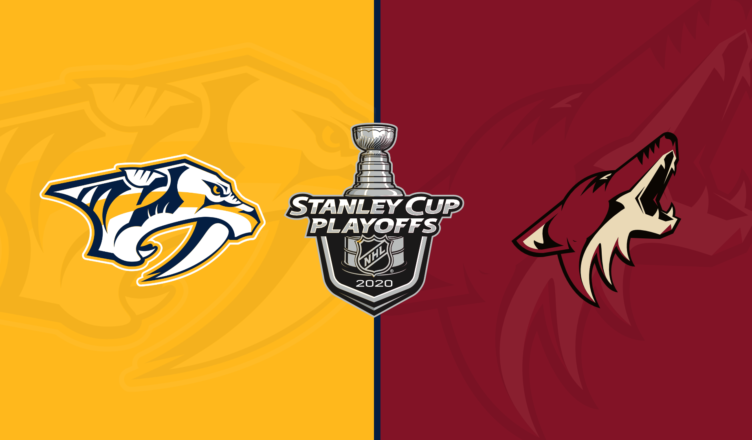 We’re not going to pretend to know what’s going on, other than somewhere in the middle of the pandemic all sports were canceled and then some were un-canceled (with mixed results) and the powers-that-be said that a Stanley Cup must be given out this summer. If the Predators bow out of these playoffs (which technically these games aren’t considered a part of; more on that in a second), we will call it a gigantic waste of time and ridicule whichever team wins the Cup as being posers. On the other hand, should Nashville win this convoluted tournament and hoist a cup in (checks notes) October (???), we will say it was the most fair-minded and legitimate playoff format in NHL history and they should do this every year.

Because that’s what fans do.

The Predators wound up in this weird “qualifying round” format because the NHL was trying to figure out what to do with the last 10 or so games that did not get played when the season was halted. At the time, the Predators were in sixth place in the Western Conference and in a wild-card slot. That was a marked improvement over how things had been going mid-season, with the coach being fired and the team in danger of missing the playoffs for the first time since 2014. This best-of-five (versus the normal seven) series isn’t technically part of the playoffs at all. It’s been dubbed the “Qualifying Round.” It was how the NHL attempted to use an expanded tournament to try and be fair to everyone — unless you’re one of the seven teams that they didn’t bother inviting. Waves at Detroit.

Oh, and none of the games will be played in Nashville this summer, and nobody will be buying playoff tickets. You pretty much have to watch the games on television if you want to see them at all. This is all weird.

The Predators split their two games against the Coyotes before the season stopped. The two teams also faced off in the 2012 playoffs, with Arizona knocking out Nashville in the conference semifinals 4-1. That was the year where two players (we’ve purposefully forgotten their names) were benched by then-coach Barry Trotz for flaunting team curfew rules, a decision that has been debated by local radio personalities every since. None of that matters now. First team to win three games advances to the “real” playoffs.

All games are to be held in Edmonton, Alberta. No spectators will be in the stands, though the NHL will play the team’s goal songs to give it more of a “home” feel. The team listed first is the “away” team.

Unless you work for the team or a media outlet, there’s zero chance you will see any of these games in person. For one, they are in Edmonton (we hear it’s nice this time of year at least). But the real reason is that the NHL is operating two “bubbles” to limit the spread of the coronavirus. The list of stations below are where games have been broadcast on the past. See above for which ones to tune into.

The Predators have also compiled a list of “Preds Approved: Summer Hockey” venues for the playoffs. These are bars and restaurants that promise to have the game on and to play the audio over the speakers. Given the circumstances, this will likely be a it different than your usual “go to the bar and watch a game” experience. It might be best to watch it at home.

If you decide to go out, remember guidelines for social distancing and mask wearing. Air-fives rather than high-fives. Be safe out there, y’all.