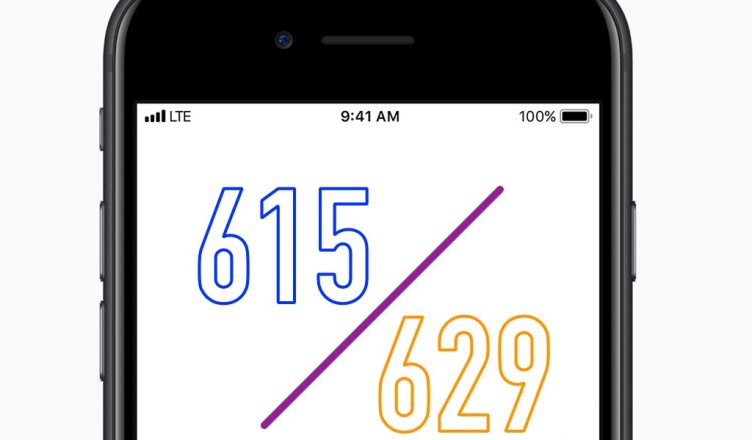 Happy 615 Day! There will be a block party from 3 – 9 p.m. in Richland Park to celebrate Nashville’s beloved area code with today being 6/15 on the calendar. But you might not know that Nashville now has two area codes, which may be confusing to some folks buying up all that “615” merchandise. The 629 area code overlay was first announced in 2014 because we were running out of phone numbers.

Who decided we needed another area code?

The North American Number Plan Administration (NANPA) handles it for all the landline and cell phone carriers in the United States. Talk about a highly-specific group. They were originally part of AT&T before the company was split up in the 1980s. The group looks at the population of an area and the number of phone numbers in use to gauge how soon an area may need to either be split into a new area code or an overlay added to an existing area code.

When did this happen?

The plan went into effect in 2015, though the numbers were not immediately in service. You may begin seeing more folks having the numbers assigned to their cell phones as they get a local number after moving in from out of state, or as teenagers get that first cell phone.

In Nashville (as well as Murfreesboro, Franklin, Gallatin, Hendersonville, and Lebanon),  just like somebody with a 615 area code. Well, with number portability rules in place, there’s really no telling where they actually live. Either way, the 615 and 629 area code exist together.

Do I have to pay long distance charges?

Any call between a 615 and 629 number is considered “local”. You still have to dial all ten digits, but there will not be extra charges on your phone bill if you do not have nationwide calling.

Sure, if one is available and your provider is willing to work with you on getting an unassigned number. There are fewer available, which is why 629 came online to begin with. You could sign up for a service like Google Voice to claim a number if one is available, and have it pointed to your 629 number. Same goes for if you want the novelty of one of the new area code numbers.

So, can I still call somebody with the last seven digits?

Nope, that has not worked since Feburary 28, 2015. If you want to reach somebody, you have to dial all ten digits. Some businesses have not updated their signs, which means it is a safe bet they still use 615.

Has this happened before?

Several times in Tennessee. The entire state used to be 901 (now that only applies to the Memphis area). Then, 615 was for all of middle Tennessee before they shifted it be only for Nashville (that created the 931 area code for counties outside of Nashville). Rather than attempt another split, they created the 629 overlay.

Wasn’t there a Seinfeld episode about this?

Yeah, the premise of the episode was that nobody wanted to talk to anyone in the new area code because they incorrectly thought it would cost long distance charges. Ah, the 1990s sitcoms.