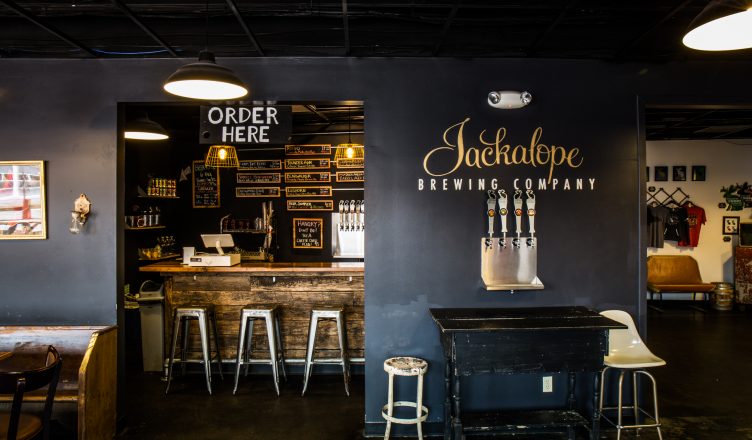 And by “old school” we mean “pre-new Nashville.” While many breweries have opened in town over the last two years, Jackalope is one of the originals. They were the first brewery to open in 8 years post Yazoo, and have weathered the growth that the city has seen from their prime location on 8th avenue in the shadow of downtown.

Founded in 2011 by Bailey Spaulding and Robyn Virball, they were joined by Steve Wright and opened their doors in May of that year.

Starting with three people, the brewery has grown to 17 over the years, making beer that many Nashvillians are familiar with. You’ll find their cans in grocery and liquor stores across the mid-state and on down to Memphis.

“Within our culture is just one of constant improvement,” Steve told us.

Along with those four staple beers, they make one rotating seasonal that you can always find in the taproom. Currently it is Seven Cities pilsner, but on March 21, that will change to Lovebird. 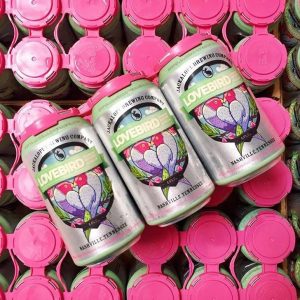 Speaking of Lovebird, its official launch comes in the form of Lovefest, where Jackalope releases the beer, a strawberry & raspberry hefeweisen, in both cans & draft. They’ll have a puppy kissing booth, live music, The Grilled Cheeserie in the parking lot, and other food treats from Jeni’s, The Loving Pie Company, and Olive & Sinclair.

Not a beer drinker, or want to meet up with someone who isn’t? Connected to the taproom is ZolliKoffee, which is open until at least 6pm, and later on the weekends.

“With the coffee shop next door, it truly makes this a meeting place for everyone,” said Steve.

Food trucks will come regularly, and the coffee shop has food too. The taproom does serve a cheese plate, with cheese from The Bloomy Rind and bread from Dozen Bakery.

When I asked Steve what the one thing he would want someone who is visiting Nashville to know about Jackalope, he was quick to answer.

“We don’t take ourselves too seriously, it’s craft beer without pretentiousness.”

After a tour of the brewery itself, and as I was about to leave, Steve had one more thing to say:

“Wait! I want people to know that we’re fun.”