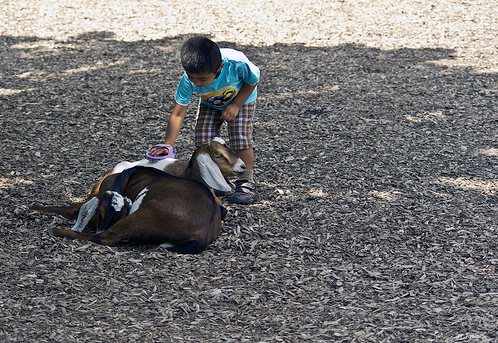 Send us an email saying you’re on a cross country “Goat Tour” and you’ve got our attention. The cleverly-named book tour by Top Chef winner Stephanie Izard will stop in Nashville on Wednesday, October 19 and Izard will sign copies of her new cookbook, “Girl In The Kitchen,” for those who preorder here. We learned a few months ago when the Top Chef Tour rolled through town that you people are passionate about your Top Chef, so here’s your chance to meet & greet one of the champs. Go forth!

In addition to winning Top Chef season 4, Stephanie Izard can claim a host of other accolades. Her Chicago restaurant, Girl & The Goat, landed her the cover of Saveur magazine and the title of America’s Best New Restaurant (she was also nominated for the 2011 James Beard Best New Restaurant Award). Food & Wine has named her one of their “Best New Chefs” and in a fun little Nashville tie-in, she is currently serving as the celebrity chef for CMT’s Artists of the Year television special, premiering December 13.

Stephanie Izard will sign at the Turnip Truck Urban Market on Wednesday, October 19 from 11:30am-1pm. Preorder Girl In The Kitchen HERE for admission.