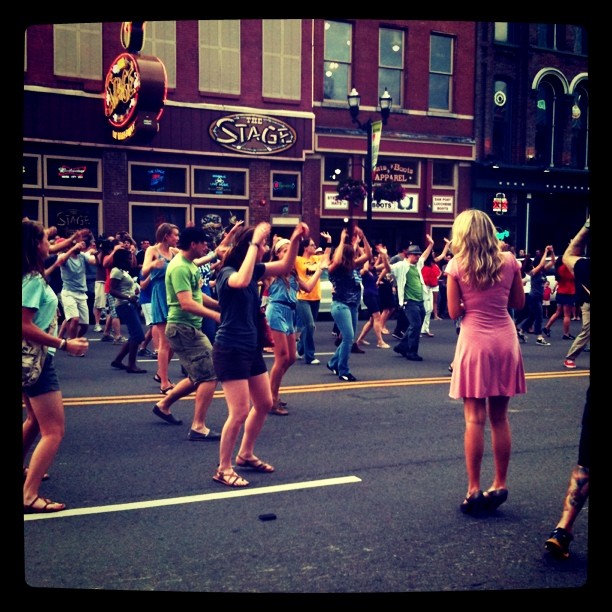 Good morning, Nashville. If this doesn’t brighten up your Monday, we don’t know what will: A flash mob took over Broadway for a street performance of Michael Jackson’s “Beat It” on Friday night, and we are so happy that there’s a video (and another video). Led by local musician Trent Dabbs, about 100 people showed up to participate, including Laura Bell Bundy. Things we learned from the news report: No one got run over, “it was like, so cool,” and goshdarnit, social media does it again.