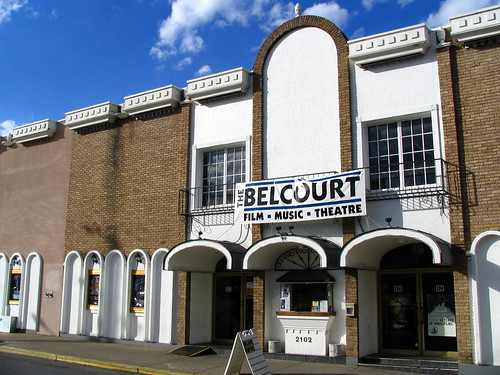 Film Forward is a cultural exchange program designed to enhance cross-cultural understanding, collaboration and dialogue around the globe by engaging audiences through the exhibition of film and conversation with the filmmakers.  Film Forward is an intiative of the Sundance Institute and The President’s Committee on the Arts and Humanities, in partnership with the National Endowment for the Arts, the National Endowment for the Humanities, and the Institute of Museum and Library Services.

The Belcourt is one of only fourteen theaters worldwide to participate in the program, joining partners in China, France, Kenya, Morocco, Tunisia, Turkey and Uganda as well as seven US cities. Best of all, Film Forward screenings are free to attend. A week’s worth of free critically-acclaimed film screenings and panel discussions? Count us in! Additional screenings of several films will be held at different locations around Nashville, so check out the full list of films, times and locations below.

SON OF BABYLON
Watkins College of Art, Design & Film, 2298 Rosa Parks Blvd, 1pm
A SON OF BABYLON screening and a discussion about the film and the role of film producers, featuring SON OF BABYLON producer Isabelle Stead and Anne Lai, producer-in-residence for the Sundance Institute Feature Films Program. The event will be led by professor Amy Bertram Read in her Elements of Film Art class. **This is a closed event for Watkins students only.