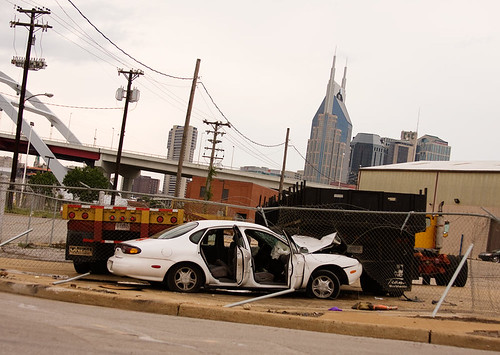 Good morning, Nashville. It’s a slow news day, but there seems to be a lot of people crashing through places that are not supposed to be crashed through. Like this lady, who drove her car straight into Omni Sound Studios on Division Street in the wee hours this morning (cue the “smash hit” jokes). And this guy out in Cookeville, who for reasons unknown crawled into the ceiling at United Pentecostal Church and then came crashing down. People of Nashville and the surrounding areas, please stop crashing through things.