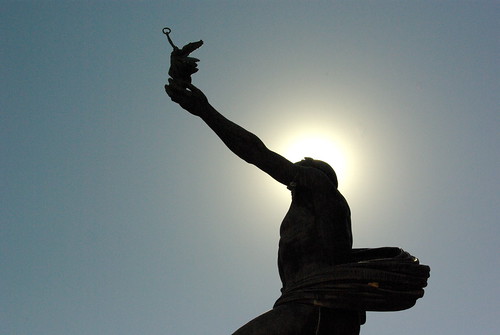 Good morning, Nashville. Last Friday, McGavock High School math teacher Donald Wood had a meltdown during class in which he threw some tables, screamed a lot and admitted to starting a fire in the school bathroom one time. Wood was subdued and carted off in an ambulance, but not before one enterprising student caught the whole incident on cell phone video and put it on Youtube. As of this morning, the video has almost 136,000 views and school officials are trying to find a way to “remove it from the Internet,” except that’s just not how the internet works, you see. They’re also looking into disciplining the student since he wasn’t supposed to have his cell phone out in class. You can watch it here.