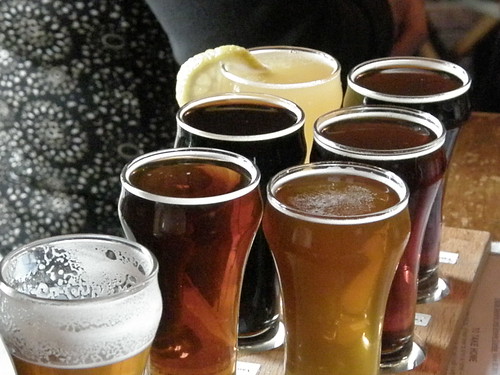 We’ve got to give major props to Yazoo Brewing, makers of delicious, local beer and supporters of many random local shenanegins. Whether it’s sponsoring a tweet-up, showing up to a city-wide snowball fight with tasty, belly-warming treats, awarding prizes to their biggest fans in Yazooperbowl, tapping a single keg (and causing an internet stampede in their general direction) of experimental chocolate stout (made with local Olive & Sinclair chocolate, of course) or auctioning off the first pint in their new brewery on eBay, they’ve always got something up their sleeves that makes us want more. Or maybe we just need a 12-step program.

Yes, Yazoo is moving, as we’ve discussed here at Nashvillest in the past. When they move, the first celebratory pint & commemorative plaque will be awarded to the highest bidder – Literally. Visit the eBay auction to throw your name (and money) into the pot, and if the bidding reaches $1,000 or more,  you might even have a little Yazoo holiday named after you! They’re generously donating the proceeds to charity, and will even accommodate Lenten teetotalers by making the first pint an icy glass of water if desired.

Yazoo hopes to have the pub area of their new brewery in the Gulch open by the first week of  March, so get your bids in now. We won’t complain if someone wants to buy us our own official Nashvillest day at Yazoo either… just sayin’.