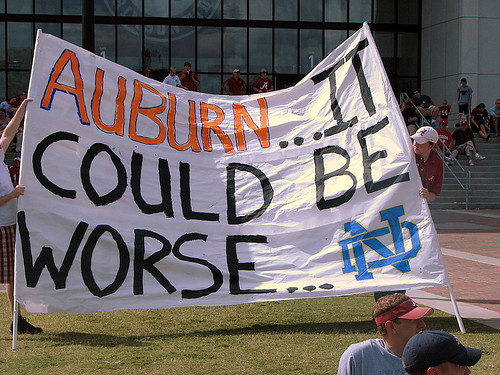 Good morning, Nashville. It was a win-win weekend for us in the football department… well, make that a win-win-win. Not only did the Titans make quick work of the Ravens in Baltimore (stretching their record to 5-0), but TSU mowed right over UT-Martin 30-27 in overtime, and who can forget Vandy? In a complete upset, the Commodores took down the Tigers 14-13 and extended their own record to 5-0. The fans are the ones who really stole the show, though, when ESPN admitted that they were pretty impressed with the GameDay turnout.