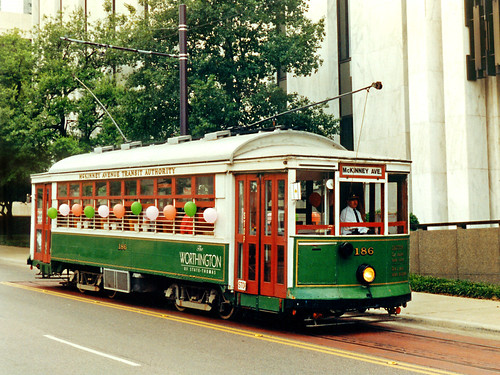 Good morning, Nashville. Some tourists were in for a treat yesterday when a drunk homeless guy hopped into the driver’s seat of their trolley near Hard Rock Cafe around 4pm. There were only 6 people aboard at the time and it took them a little while to realize something was wrong. He dropped everyone off around 19th Ave. and swerved the hijacked vehicle a few more miles down the street before smashing into an SUV. Thankfully no one was hurt. It does seem like he was trying to steal a page out of this guy’s book, though.