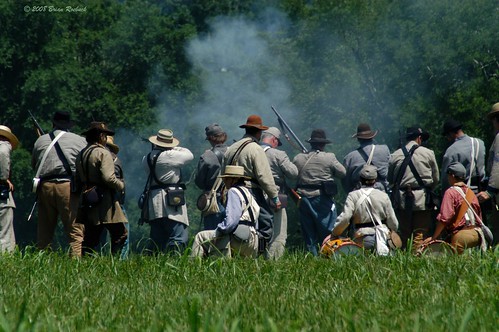 Earlier this year, we were a little confused when Georgia started talking about moving the Tennessee border so that they could access some of our water since they’re running out. Back when the border was drawn, it was supposed to run along the 35th parallel, but for whatever reason ended up at 34.59 degrees above the equator. Had it been drawn in the right place, they would have had access to Nickajack Lake, which catches a steady flow of water from the Tennessee River.

As it were, they’ve called and they want their water back. They actually called 190 years ago, but the story finally came to the surface when both the Georgia House and Senate passed a joint measure in February to get serious about the issue. As soon as the giggles subsided, the Tennessee House and Senate passed a resolution of their own blasting Georgia for even thinking about annexing a chunk of our state.

Perhaps the most memorable reaction came from Ron Littlefield, mayor of the ‘Noog, who graciously shipped a truckload of bottled water down to the Georgia’s capitol building in Atlanta by way of his coonskin hat-wearing aide.

We also can’t forget about the town with one of the greatest stakes in the issue, Copper Hill TN, who will lose all their bars if Georgia wins this one.

So why are we bringing this up now? Post Politics passed along a story this morning from Knoxnews about a second water war that’s been brewing in Memphis. Turns out that Mississippi is getting all bent out of shape and suing the city for stealing water from an underground source across the border. If they get their way, they may be adding the entire Motherland to the list of defendants.

At this rate, we’re eying the rest of our neighbors and wondering who will be the next to jump on the Water War bandwagon. Our money’s on Alabama or Kentucky.